It is no secret that I’m taking acting classes, stage classes and voice coaching lessons: there are some techniques and systems that are quite groundbreaking.

Beside the various techniques to control your emotions to seem always happy if necessary (I already explained part of it in the article “Can you look always happy?“) the system that impresses me the most id indeed the Method Acting. I’m sure some of you already heard of it and eventually know some methodical actors.

In simple words method acting is taking yourself in the life position of the character you have to play: living the same experiences changing your lifestyle often drastically to achieve a better and more emotional performances.

I quote from Wikipedia: “Method acting is a range of training and rehearsal techniques that seek to encourage sincere and emotionally expressive performances, as formulated by a number of different theatre practitioners, … , where it is among the most popular—and controversial—approaches to acting.”

The method acting derives directly from the Stanislavski’s System where the actors weren’t just trained to play generically a character but they were involved also on the psychological level.

Many actors are able to take very far the method acting technique, basically living 24/7 the lives of the characters they have to play few months before shooting and staying in the character also while shooting. This involves also eventual injuries, bad situations, illnesses inclusive starving to nearly death. 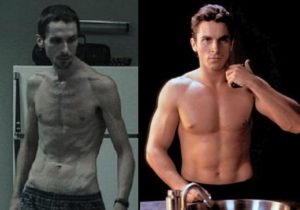 Many actors are using this technique: staring with Marlon Brando to Adrien Brody passing by the fist Robert De Niro (the Taxi Driver one); Jared Leto and Heath Ledger not to mention Edward Norton.

The two actors that probably are the stereotypes for Method Acting are Christian Bale and, probably the most awarded recent actor ever: Sir. Daniel Day Lewis … the ability of these two actors to live the character they are playing is incredible and generally speaking to another level.
Many people say that extreme methodical actors are not that good actors because they don’t actually play the character but they live and feel like the character they are playing … but this is very personal and debatable

What’s your favorite actor? Have you ever tried the method acting? Could it be applied also to other camera related jobs?

Thanks as always for your feedback