This is not a tutorial: this is a post regarding a very normal step (if not mandatory) in the process of making a photoshoot or a movie. Plus something more about my green eyes!

As I mention before this is not a tutorial and if it was I would be the last person who can explain you the process of post editing whether in movies and in photos. 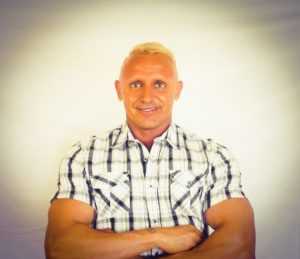 We are living in the digital era where technology controls everything: even the outcome of a photoshoot or of a footage/video/movie. In the past you needed to hit the perfect shot in the perfect moment and little modifications were done only when the photo was developed from film to paper.

Nowadays with digital cameras and computer software you can literally change the game with one single click.

I’d like to think, but is just a take of mine, that generally speaking the European School is more old style and the touches in post editing will be very minimal: set scouting, shooting quality and a bit of retro style are more important in the old continent. Whether instead in the USA the post editing is way more heavier since everything looks bling, with colors popping out and most of the models that are just in front of a green screen or such.

The same difference can be watched in the movie industry: the tendency is that European movies are way more realistic, almost with a decadent style if compared with modern CGI packed flashy movies from American productions.

This post actually came out due to some comments I received (especially on the Ivano Cheers Facebook Page). When there is a production behind, every take is subjected to several levels of post editing … depending also from the purpose of the photo you need to use.

Let’s have an example here:

Sorry for the general quality but I had to shrink as much as I could the photos in order for you to be able to watch them also on mobile devices.

The n.1 is the real take, the way has been shot by the photographer and his camera.

The n.2 has got some color corrections: playing with contrast, saturation, warmth and other parameters you show more details to the photo and you make the photo popping out better.

The n.3 is obviously photo-shopped in a funny way, yet it can be used for short situations like a 24h story of Instagram (and I think I did on the Ivano Cheers Instagram Profile)

The n.4 is Photoshop at its best by taking the main character (me) out of the picture, and stick it to another environment (plus changing the chromatic levels).

These are all legit stuff that is NORMAL to do in post production within the editing phase. And you can use the same take, the same pose for different purposes: promos, screenings, cards, posters … anything at all!

Another thing that people always ask me is about my eyes. Believe it or not there is no much of post edit to do with my eyes or any bright yet non blue eyes.
If you have bright eyes (bright green in the case of mine) it’s enough to put a spotlight right on my face and the color will pop out like a firework.
HAVE A LOOK (please don’t mind my face … I was just awake and I was a mess):

I didn’t have ANYTHING in front if not the sunrise! Think how green eyes can pop out with a good lighting system! The only sure thing is that I have to put myself together … maybe some Botox or make-up 😀

The post editing in movie is even going more in depth and way more complicated since nowadays we have CGI that recreates landscapes, digital actors, special effects … you name it!

Before I close: plenty of emails and DMs are coming in asking me to publish an IGTV video about a Normal Day of my Life after you guys read the following two articles:

I’m working on it … I’m a busy guy and I’m not a vlogger so I’ll publish in a very confidential way by using my phone to record it and that’s it.

Another recurring question is always about more info from “The Goodie Box”: the script is ready, we are breaking down the production steps, the 3 main actors are already onboard … as soon as I can I’ll give you more information!

Thanks as always for your support and for reading my articles

A big hug with much love to all of you