My personal take on the Bond 25 situation

Home / My personal take on the Bond 25 situation

My personal take on the Bond 25 situation

Lately many rumors hit the production of the Bond 25 movie, this is my personal opinion on the situation.

Ivano Cheers on the Bond 25 situation …

First and foremost I must say clearly that this is my personal take, as a fan of the franchise, as a James Bond “insider” who knows few facts.

All the opinions I share in this article are not strictly related with my professional life and all the info I’m disclosing are not confidential but are completely public and already officially published.

As you may or may not know in March 2018 the director of the new installment of the James Bond Franchise was announced (here also my official post: https://www.instagram.com/p/BgY7qJVHVbP/ ) and the one was the Academy Awarded Director Danny Boyle. Mr.Boyle wasn’t JUST announced as a director but as a co-writer of the new script.
Till then all good … then dates started to be announced: with a movie without a script pre-production started almost right away and then the announcement that shooting was set to start in December of the same year.

Now, and again: this is ONLY my very personal take as a fan … for a big potential blockbuster as Bond 25 writing a script, complete pre-production, assemble and rehears a full cast, scout locations and the list in never ending … in just 6 months … that was something very hard to achieve. 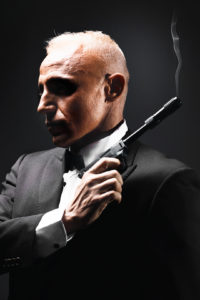 I’ve been thinking that maybe Danny Boyle, whose not in his nature to produce movies packed with special effects and huge work in post-production could probably sort the situation out against, eventually, some less visual action.

Then the release date has been announced: October 2019!

I don’t know if you guys are familiar with this industry but such a big production … less than 10 month from beginning of shooting and release … sounded very impossible to me! Considering by the way that we are talking about the 25th installment: a milestone!

It sounded like it had to happen because of the huge vibe that was created around the movie but in my mind I was convinced that something, or more than that, was off!

And sure enough lately few news leaked out:

The news came out like a lighting on a blue sky, officially Danny Boyle quit for “creative differences” … this is what the press has been told. And I’m sure there were creative differences but I’m also sure wasn’t because of the rumors that are spreading around such us that Daniel Craig wanted James Bond to die at the end of the movie and he just disagree … THIS IS BS! It doesn’t work like this in such a professional environment and there is no doubt that these rumors are released to create  even more buzz around the movie.

So Ivano … what do you think? What’s now?

Obviously I’m not saying, and I not even wanna think about, that everything was planned out upfront, but doesn’t take an expert of cinematography to understand that the project timeline was too tight and there was no way on earth to respect it. And you know what they say: bad publicity is still publicity … now there is a purpose to shift the release date more far (at least one year), the name of James Bond is on everyone’s mouth and there is again a huge buzz to see which new director will take over the project.

About that: I personally was hoping in a miracle: Christopher Nolan … but is not going to happen. At the moment the list of the candidates seems to be shorten to three names: Yann Demange, David Mackenzie and Edgard Wright. Now … for the insiders these are well known names, but I’d like to check how many of you (the audience) can really tell me their filmography! Beside Edgar Wright maybe (who directed Marvel’s Antman and took so many years of development btw) we are not really talking about Spielberg or Abrams (with all the due respect of course) … we will see!

Thanks so much for your time