With the MCU (Marvel Cinematic Universe) and the never ending list of heroes popping out every day Super Heroes and relative actors are getting more popular by the day. 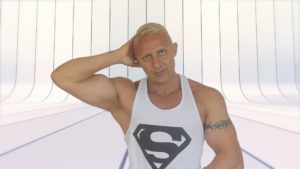 Before even starting this article we (Ivano and all the team behind) wanna thank you for the outstanding level of donation you guys have done to the L.L.S. (Leukemia and Lymphoma Society). Donations to LLS are still up and running so please keep donating, a small donation can save plenty of lives. Useless to mention some Facebook and especially Instagram comment that was even laughing about the whole idea of donate: thinking LLS or even myself as a scam … silence is louder than words in cases like this one.

We went off topic enough so let’s talk about the main subject: how can normal actors can turn to super heroes: special effects? Long months of preparation? dedicated and big lookalike?

A mix of everything but most of the time actors are capable of incredible body-transformations. We leave the “how” part to the article Super Hero Online Personal Trainer (our sponsor) but trust me: everything is possible.

The majority of the actors are physically and financially  able to transform their body for a special role. Most of them have natural good genetic that allows them to make even a better transformation: take for example Chris Hemsworth … we all know is a good looking guy (along with the brothers) with a very athletic natural physique (he was a model before starting  the acting career) … but from there to become the mighty god of thunder Thor packing I don’t know how many pounds of muscles … but he made it following a very strict diet and a very complex workout. Same comes for the Wolverine, Henry Cavill playing the Man of Steel (Superman) and many many others.

Now: not all are genetically born for being a superhero but they made it with even more discipline: 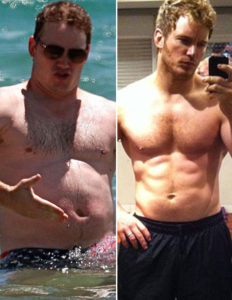 first example of all is Chris Pratt in Guardians of The Galaxy: Chris always been a kind of chubby and funny office guy, but with the right coach, the right diet, the right discipline, the right workout and the right body-doubles he nailed it big times.
Yes I mentioned BODY DOUBLES, and most likely not because CGI can “implant” the actor’s head on another better body but because if the actor looks good his body-double must look even better! And trust me I learned a lot on this field.
Not to mention that many back shots or quick and/or far shots are realized not by the real actor but by the body-double to speed up the operations and the production of the movie.
Because body-double (or stunt -double) don’t have really the same luxury to afford just a single movie per year they must be quite fit year around, at least at the 80% of their best. When I broke my neck I wanted to switch to acting and modeling not because I was scared but because any preparation could take me much longer than what it was needed by contract!

Another point must be mentioned: beside the general bigger look that an actor must give in a super-hero movie how many real scenes you actually will need the so called “wow effect”? How many close shots shirtless scenes can you see in a movie? Not so many trust me: for these scenes the main actor must reach his peak level (a bit like a peak time for a competitor bodybuilder), he gets everything he can to look more vascular and he gets pumped up every time the camera is off. All the other scenes? Have a guess: that’s why they call them body doubles 😉

It’s very rare that CGI completely changes the shape of an actor, sometimes special lenses might be used but is quite rare, why? Because Body-Double are in the scene.

Nowadays there is a special elite of actors that must be able and must accept and be proud to transform their body and, judging from the box office results … all the sweat and all the training will pay off indeed!

Transform your body today at Online Personal Trainer: 10% off side-wide with the code “CHEERS10”