Home / The importance of screen tests in movies

Since you’ve been looking at many screen test photos and many screenings on my socials lately here we have a complete article about them.

First and foremost many of you might not even know what a screening or a screen test is.

There is a main difference between the two: the screen test is really focusing on a single (or more) actor to see if he/she is suitable for the role in a movie and/or video in a given set.

Is not really an audition, since auditions are the stage before eventually, but it is normally the potential actor on the movie set acting normally a scene or part of it.

As a result production can see if the actor/actress is completely suitable for the role.

Screen tests therefore require already a certain level of production or, at least, pre-production to be done and to be effective for the purpose.
On the other hand screenings are still tests but they are more in the pre-production phase of the movie/video.
A screening is normally done after the scripting and together or after the location scouting and the sketching phase.
In the movie industry screenings are made and used to understand better what the tone of the movie will be, to see if a character fits in the given environment, to check if and how the surrounding set can be done and so on so forth.
You can take screening photos to build an idea of the posters of the movie, to build an idea of the atmosphere of the movie and to have a solid base on which the movie, or the video or even sometimes a photoshoot can be developed. 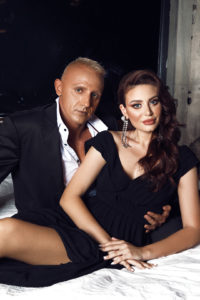 When you have a screening photoshoot is common to change the environment around, the poses, the positions … always because you need a broad amount of takes to use for different sets or purposes.

Although often (if they are already casted) the main actors can be part of the screenings, it is also true that other actors, or models, or lookalike or valuable doubles can make the job on behalf of the main actors/actresses.

This often happens if the main cast haven’t been picked yet, or if they are not available, or to keep the costs low and/or if the other actor is very reliable or well known by the production.

Everything in production and pre-production counts and the devil is always in the details.
There are so many things to take care when shooting a movie or just a single video that make it hard to count them … and that’s why it’s a such expensive industry.

Very good and high level photoshoots require screening as well, and once everything looks correct (from the poses, to the background passing by the make-up, the real model will kick in.

Stay tuned for more of this 🙂